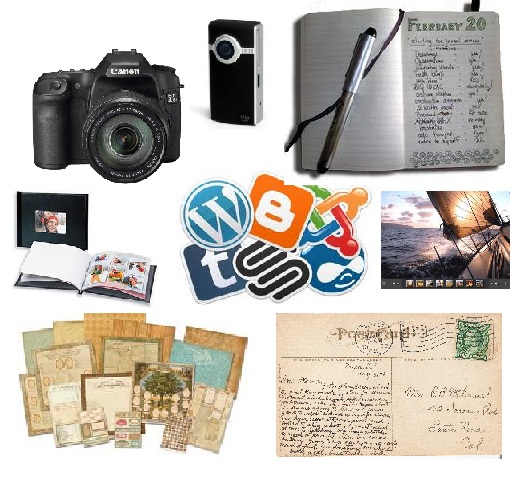 Yesterday I posted a poll asking, if you could only keep your travel memories in one way, what would that be. The answers were varied. The most votes went to blogging–surprise, surprise. I should have known better asking that question around so many bloggers. Photos came in second, followed by a tie between photobook and hand-written journals. But the thing that I wasn’t expecting was so much inherent cheating. Because the thing is, you can kind of finagle your way into your favorite multi-media records, for lack of a better word, with most of those options.

I thought I was being clever by asking to pick just one way of record keeping, but that’s not actually good record keeping at all, is it?

The most effective way to recreate your memories is by using all your senses. That’s why we want to take photographs, write down our stories, and keep our ticket stubs to pick up in our hands later. That’s why I feel transported to New Orleans when I hear the Dirty Dozen Band on the radio, why I think of the bathrooms on the Disney Cruise when I smell Japanese cherry blossom soap, and why eating gluten-free French toast reminds me of that hotel we stayed at in Canada.

What tingles your travel senses?

One thought on “What tingles your travel senses?”