As we come to the end of our week-long Diwali break tonight, I thought I’d share some of the photos I took in Bangalore earlier this week. From the lights hung strung over major streets to the lanterns lit outside of houses and the firecrackers bursting in alleyways, the “festival of lights” certainly surpassed expectations and I was reminded once again this Diwali that Indians really know how to celebrate.

These are just a few of my favorite photos of all the fun and they really don’t do the festival justice. Maybe if you can overlay in your imagination the echoes of canons being fired in a tunnel, with the bright flashes of a light bulbs the moment before they short out, and imagine driving through the city seeing all generations of men lighting off crackers then you’ll have a sense of the celebration.

In Massachusetts, we can’t even purchase fireworks much less set them off in public places, so it took me a bit by surprise when the first firecracker was placed in the center of the street and the boys lit it, the match only a couple feet from their faces. As soon as a cracker was lit, they would bolt in the opposite direction to avoid the blast. Occasionally they would have to wave at an approaching car or motorbike to wait until the firework exploded.

Temeka and BethAnn and I watched a safe distance away for most of the evening (Temeka tried her hand at lighting what’s called a flower pot before nearly having her eyebrows burnt off) and towards the end of the giant pile of firecrackers, we played with the sparklers, a seemingly less dangerous alternative.

At night, we fell asleep to the sounds of Diwali in Bangalore–surprisingly similar to what I would imagine a war zone must sound like–and woke in the morning to continuing festivities throughout the city.

The entire festival was full of noise and light and sound, beautiful and vibrant. A great break from our weekly courses. 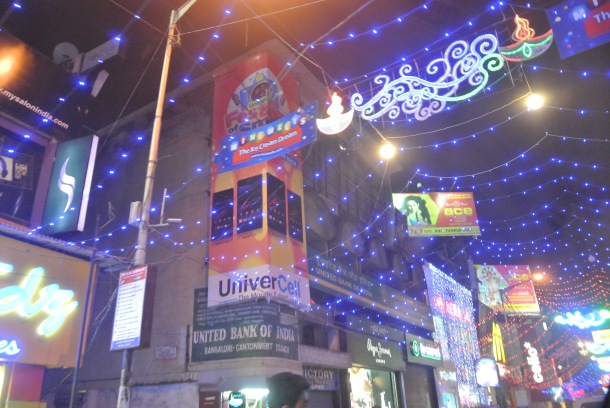 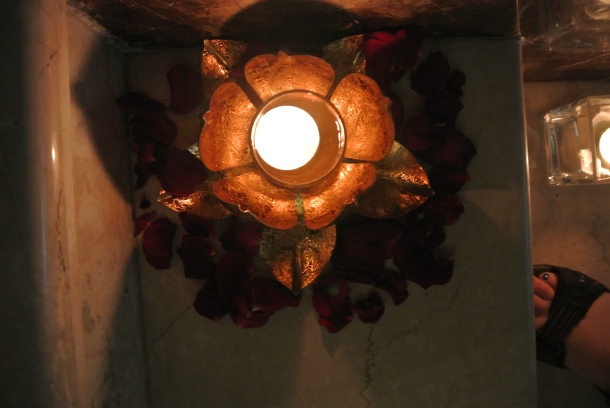 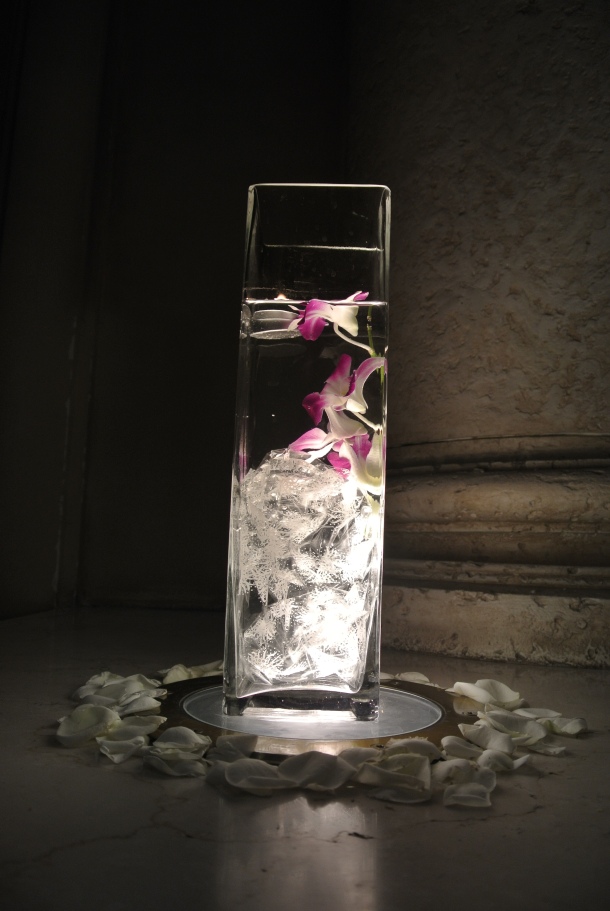 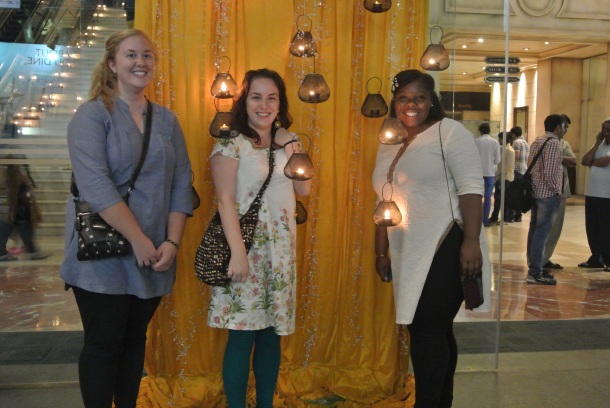 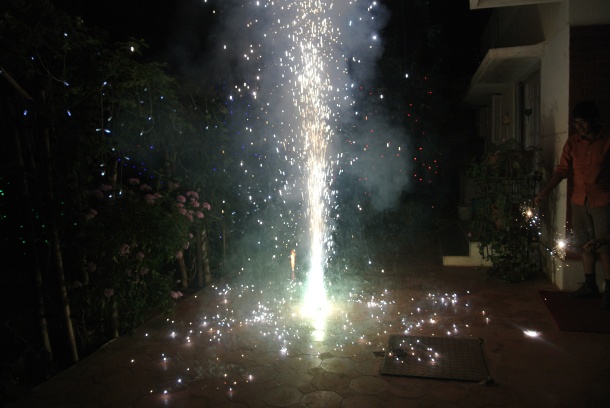 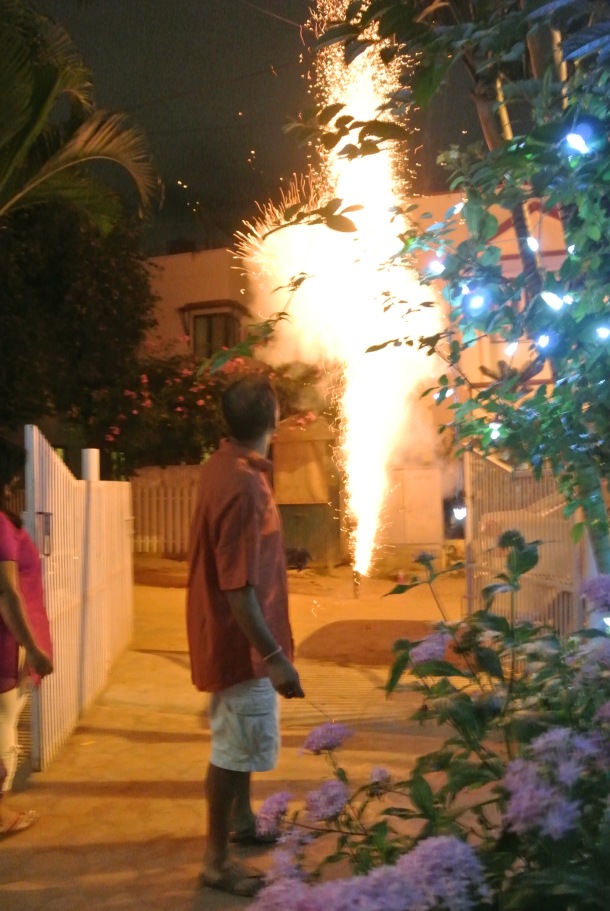