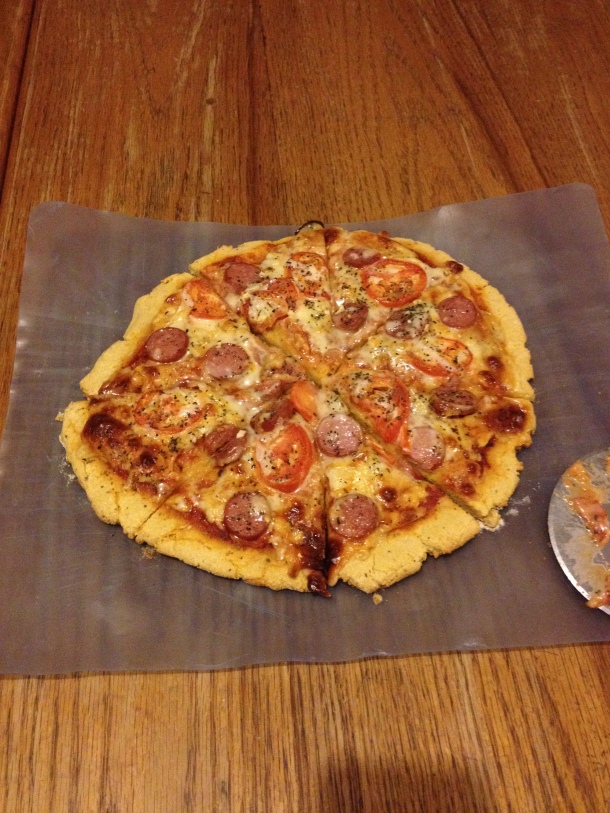 I know it seems a trivial thing to take the energy to write about, but making that pizza tonight was an triumph for me. After it cooled I took a bite of the first slice of pizza I’ve had since I arrived in Haiti 5 months ago. That’s a long time to go without pizza. Just ask your closest Italian-American neighbor.

The most shocking thing, though, wasn’t how good it tasted, though that was shocking in and of itself. It was the fact that I produced it on the first try.

After almost half a year in Haiti, the one thing I’ve learned unequivocally is that nothing works on the first try especially gluten-free food. I’ve made overly-sugary cassava pancakes completely uncooked on the inside, corn chips hard enough to crack a jaw and cookies that cement themselves to the tray. And although I stubbornly ate each of my failed recipes and enjoyed them, gosh darn it, none of those baking experiences panned out after one shot.

That pattern proves true of our job too. Not only can we not accomplish something on the first try, but our first attempt almost always leads to a long list of necessary follow ups to get just a single job done. Checking an item of our to-do list not only involves talking to the person responsible for the activity, but returning to their office a second and third time when we discover they are on a nap break, passing along the information to the appropriate director, gently nudging them to submit the requisition they promised to do a week ago, triple checking that the original person hasn’t forgotten about the task by the time the ball is in motion, and finally crossing the item off the list. And that is if we are lucky.

Believe it or not, that’s actually been pretty great for me. I look at it as a really wonderful lesson in patience. Wow, I think, what a invaluable experience I have here. Well, eventually I learned to think that. It took some getting used to after living in a world of near-instant gratification for two decades. I appreciate that we don’t have instant gratification of our needs here. Things take time and energy and lots of people deciding they feel motivated to take action. It makes you appreciate every step of the process so much more. And the final product is infinitely more satisfying.

Although it’s taken practice, I’m on board with that mentality now. To be honest, I think I’d be bored if everything were simple and instant again. But every once and while, I’ll admit, it is nice to make a good pizza on the first try. The little victories are often the most heartening. And something as simple as a slice of pizza can make all the lessons in patience worthwhile. 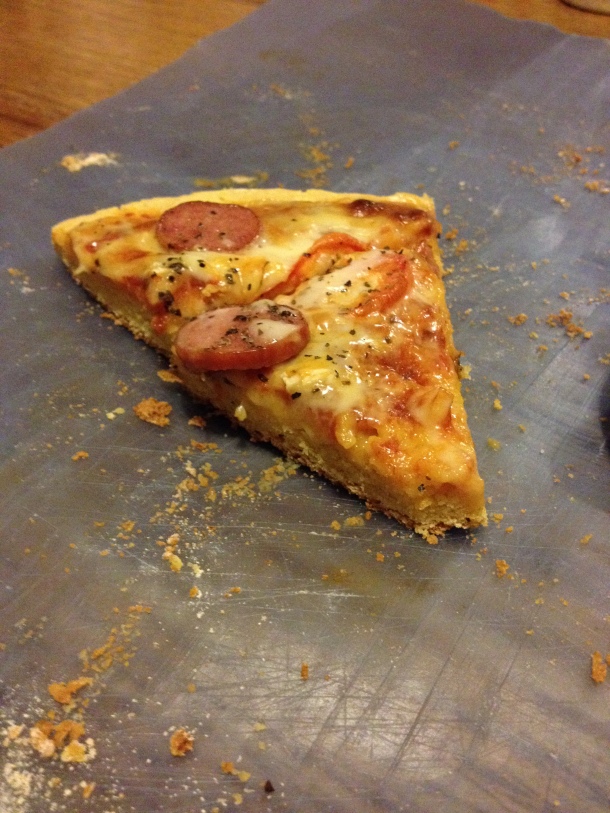 2 thoughts on “As Simple as a Slice of Pizza”