Sitting on a friend’s lap on a stuffy, crowded Indian train for four hours.

Sipping a glass of wine at the Taj Mahal Palace Hotel as the sun sets over the bay.

Falling asleep to the sound of a rattling fan in a room with no windows and no sheets on the bed.

Looking up at the detailed archways and beautifully sculpted marble and thinking for a moment that I am in Italy or Spain.

Living up to all of the hearsay, Mumbai certainly proved itself to be a city of opposites: packed full of dichotomies. From the Bollywood actors and wealthy businesspeople who call the city their home to the millions living in the sprawling slums that are sprinkled throughout the city, one word I think anyone would agree on in “vibrant.”

As a city of over 20.5 million people squeezed shoulder to shoulder into a city of 603 square kilometers, every corner of the city offers something different.

Even in the southern portion of Mumbai where we spent the majority of our time we were able to eat breakfast at a Jewish bakery, take pictures of distinctly British architecture, buy paintings of Ganesh from artists along the street and stop for a cool drink in a Starbucks.

But aside from the diversity, one thing that is unique about Mumbai is how seamlessly east and west are intertwined here.

In Pune, it seems like westernization is fairly recent and when you step into a fancy restaurant or international grocery store, it feels like you are entering an entirely different country.

In Mumbai, east and west merge effortlessly in the beautiful architecture of the city, in the clothing people wear on the street, in the way people interact with each other. Instead of pockets of westernization that don’t quite mesh, Mumbai has a long history of direct British involvement that is very apparent.

The city gives you the distinct feeling of being in Europe, with all of the added smells and spices of India.

The coastline of Mumbai near the Gateway to India. 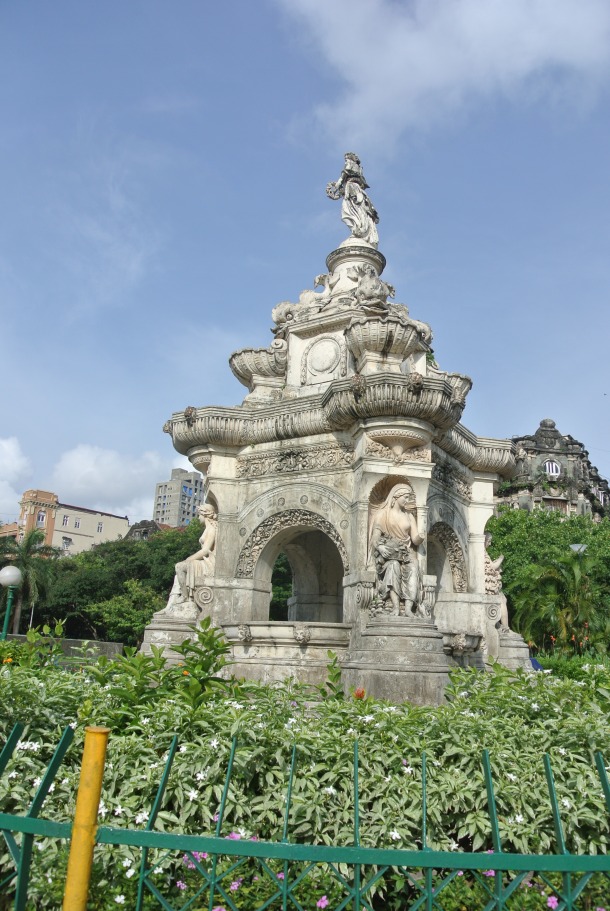 Some European architecture in the middle of Southern Mumbai.

One thought on “A City of Opposites”